Thanks to increased energy demand, lower costs, and ambitious climate targets, the deployment of solar energy worldwide has skyrocketed in recent years. With the demand for clean energy increasing, innovative solutions have emerged. One such innovation is the development of floating solar projects, or ‘floatovoltaics’, as an alternative to land-based solar installations. Floating solar farms offer the same benefits as land-based solar projects, as well as a few unique advantages thanks to their distinctive design. Where are the biggest floating solar farms in the world in 2022? Keep reading to find out.

What are the 5 Largest Floating Solar Farms in the World in 2022?

Below is a list of the 5 biggest floating solar farms in the world in 2022, with entries from China, Singapore, and Thailand.

The largest solar farm in the world in 2022 is the Dezhou Dingzhuang Floating Solar Farm in Dezhou, China. Coming in at 320 MW, it is the biggest floating PV project brought online to date. Completed by Beijing electric company Huaneng Power International (HPI), the project is located in a reservoir in Shandong—an eastern province of China on the Yellow Sea.

The Dezhou Dingzhuang Floating Solar Farm is connected to 8 MWh of battery storage and a 100 MW wind farm, with all of these components working together to make up the Huaneng Dezhou Dingzhuang Integrated Wind and Solar Energy Storage project. The floating solar farm project was constructed in two phases, with capacities of 200 MW and 120 MW respectively making up the 320 MW total. The 8 MWh of energy storage capacity was also deployed during the first phase of construction. According to HPI, the facility will generate around 550 million kWh of electricity per year.

This 150 MW floating solar project from Three Gorges New Energy is located in Huainan City, in the eastern province of Anhui, and began feeding energy into the grid in December 2017. As a fitting marker of progress from fossil fuels to renewable energy sources, the project sits on a lake which came into being following the collapse of a former coal mine. The plant, which was constructed with solar modules from LONGi Solar, generates enough electricity to power 94,000 households. 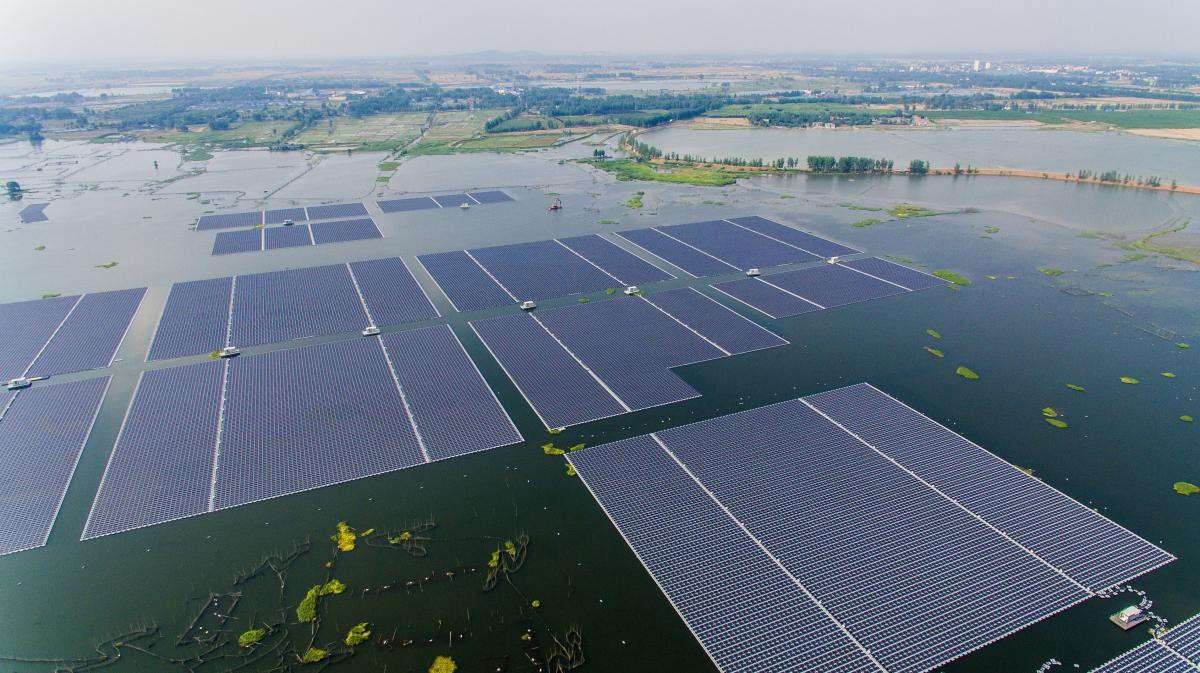 One of the older entries on the list, construction of the CECEP Floating Solar Farm began back in 2017, with the 70 MW project finally going online when it was connected to the power grid in March 2019. This floating solar farm is owned by the China Energy Conservation and Environmental Protection Group (CECEP), and was installed using Hydrelio technology from French floating solar specialist Ciel & Terre, who also supervised design, supply, and installation. The project spans more than 60 hectares and includes 194,731 solar panels. 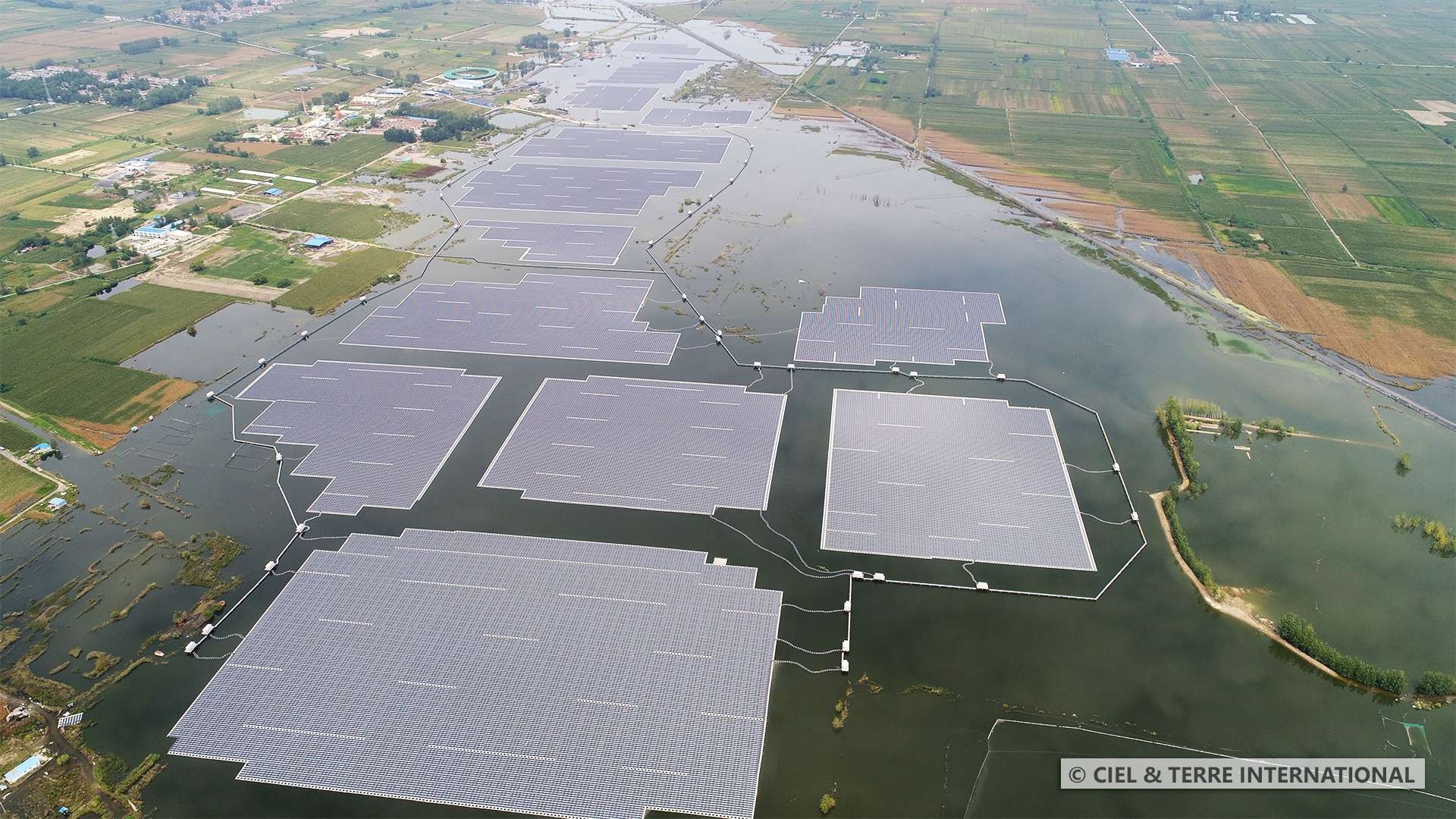 Officially opened in 2021, this floating solar farm on the Tengeh Reservoir in Singapore consists of 122,000 solar panels across 45 hectares—roughly the size of 45 football fields. At 60 MW of capacity, it is on the of the largest floating solar farms in the world in 2022. The project, which was developed to contribute to Singapore’s goal of quadruping its solar energy capacity by 2025, was installed by Sembcorp Industries. 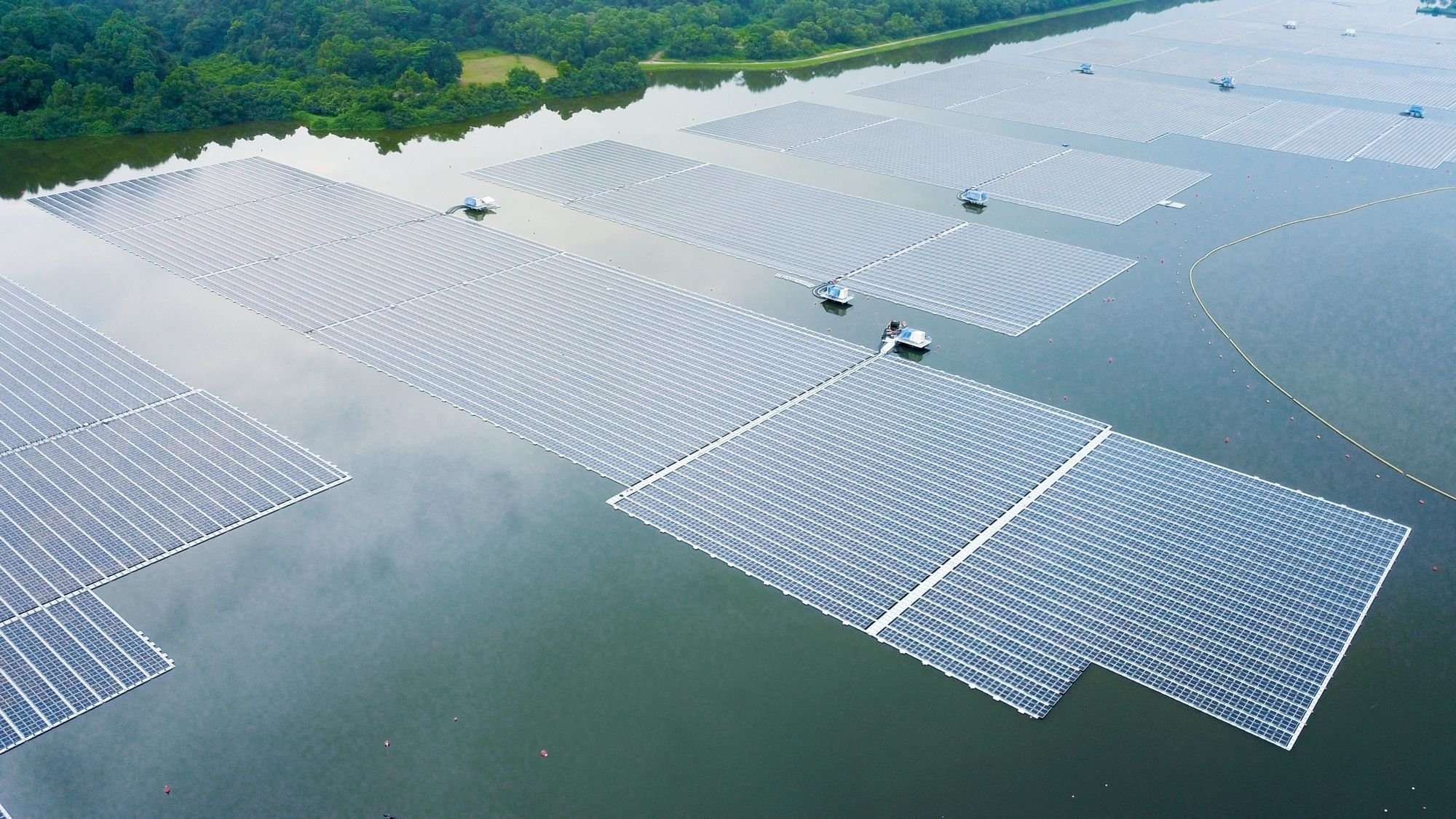 Another recent entry to the list, the Sirindhorn Dam Floating Solar Farm on the Lam Dom Noi River in Thailand began operating in 2021. With a capacity of 45 MW, the project consists of 145,000 panels and uses eco-friendly materials to ensure that the environment at the reservoir is not disturbed by its presence. Additionally, the surrounding water will have a cooling effect on the panels, making them 15% more efficient than if they were installed on land. The surface area of the panels—roughly the same as 70 soccer fields—actually occupies just 1% of the reservoir’s surface area, but will save 460,000 cubic meters of water per year by preventing evaporation of the water under the panels.

Thailand has recently renewed its commitment to renewable energy by bringing forward its carbon-neutral target date to 2050—a big jump from the previous aim of carbon neutrality by 2065. The deployment of this project will play a significant role in achieving this aim. There are also plans to open up this floating solar farm for public viewing in order to generate further interest in renewables and create sustainable jobs in the area. 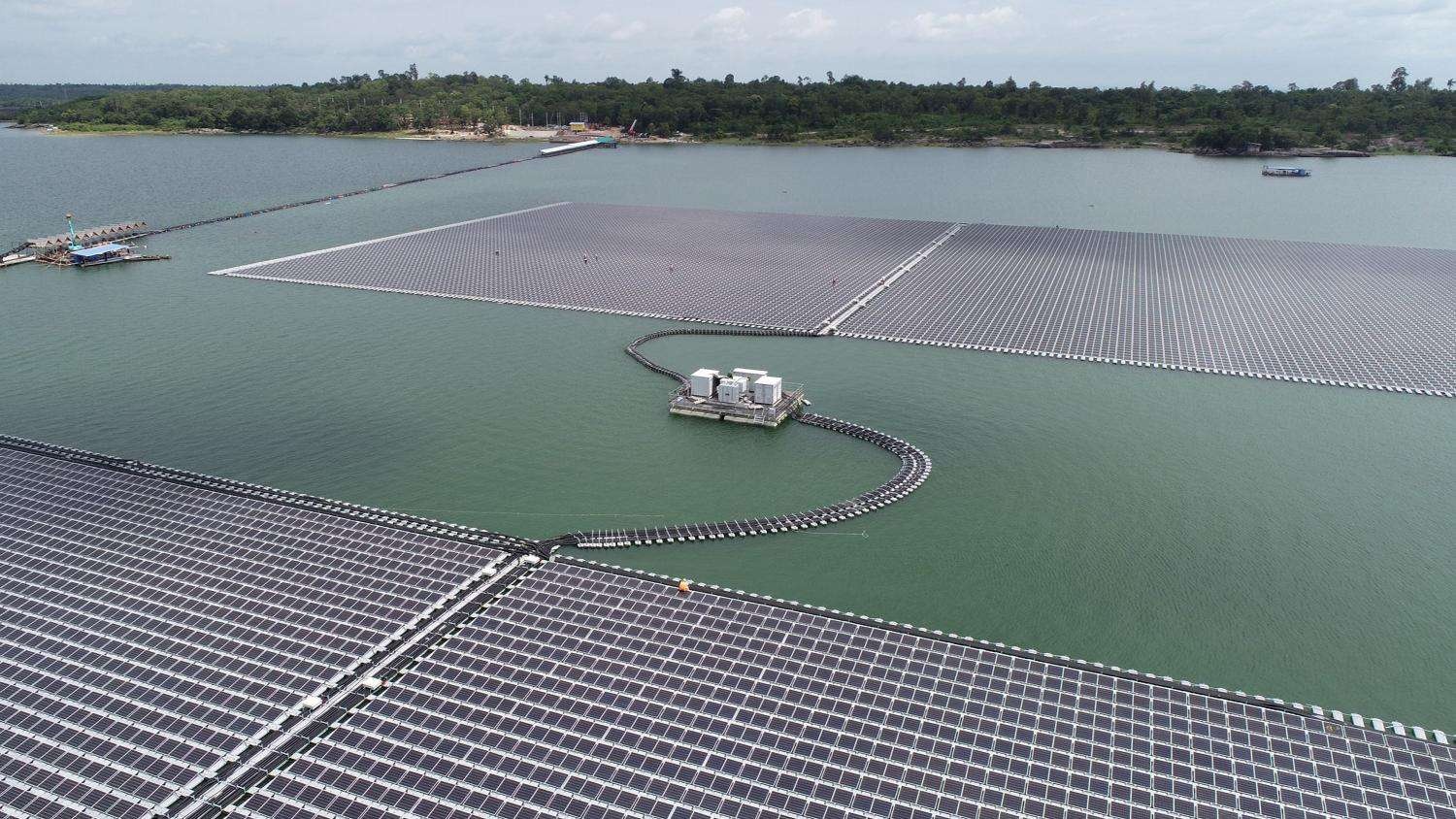 What is Floating Solar?

The clue is in the name—floating solar, sometimes referred to as ‘floatovoltaics’, is the term used to describe solar panel arrays which are installed on bodies of water, such as reservoirs or lakes, as opposed to typical land-based solar PV systems. A floating solar panel installation offers the same clean energy generation as a more conventional land-based system, with the potential for even greater cost savings and more efficient power generation. Check out our most popular articles on the subject to learn more:

Lease Your Property for a Floating Solar Project

Floating solar farms are becoming increasingly common throughout the United States and developers like YSG are seeking suitable locations to construct floating solar projects. YSG will work with individuals, businesses, municipalities, and other entities to lease out properties for floating solar farms nationwide. Currently, YSG is seeking suitable locations in the states listed below. If you are a property owner in any of these states then you could be well-positioned to generate passive income by leasing your property for a solar farm—on water or land.