New York State is on track to achieve its mandated target of 6 GW of distributed solar PV by 2025—with no additional funding from the New York State Energy Research and Development Authority (NYSERDA) necessary to achieve the 6 GW goal. The graphic below, courtesy of NYSERDA and the New York State Department of Public Service (NY DPS), shows a breakdown of the state’s progress towards achieving the 6 GW mandate.

Since the launch of the NY-Sun initiative back in 2014, the New York solar market has seen consistent, significant growth each year. Below, we will run through some key developments in the growth of the NY C/I and CDG solar market between 2014 and 2020.

The graphic below, again courtesy of NYSERDA and the New York DPS shows annual C/I MW installed, as well as cost and incentive rates, for each year from 2014 to 2020. 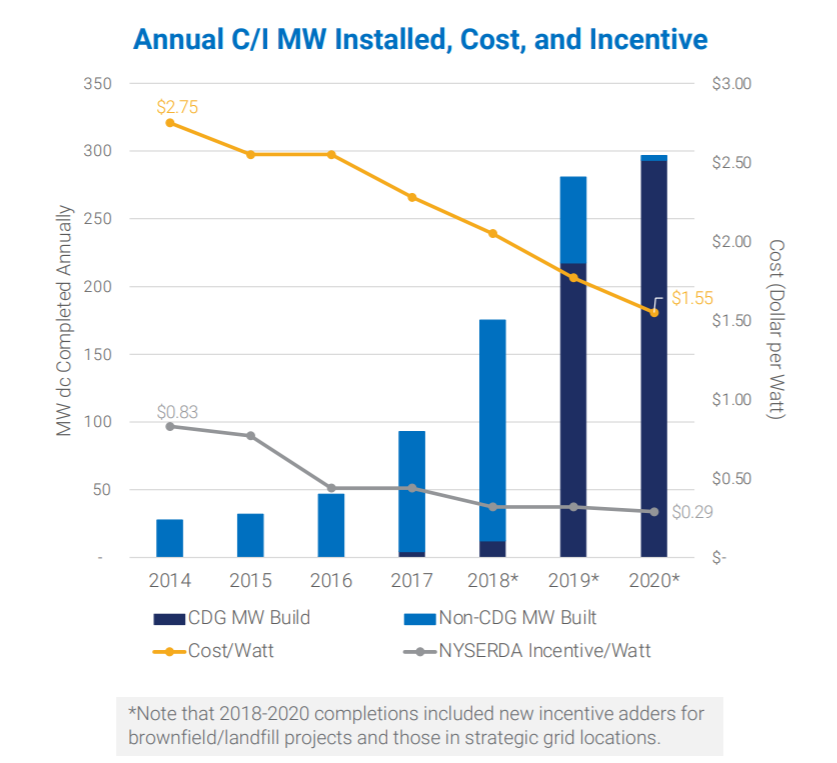 The Decline of Community Solar Incentives

New York state/ratepayer support for CDG projects has declined by 75% from 2017 to 2021, as visualised in the chart below. The chart, from NYSERDA and the NY DPS, shows total support for National Grid CDG projects by tranche, including the NY-Sun MW Block incentive, and the MTC/Community Credit/Community Adder. The chart does not show the tax credit and environmental value.

As we can see in the chart below—again courtesy of NYSERDA & NY DPS—full-time solar PV jobs in NYS have grown steadily, thanks to increasing MW deployment. The full-time job numbers in the chart come from the National Solar Jobs Census Annual Report, while the total jobs per year (including part time) figures are from the NYSERDA New York Clean Energy Industry Report. 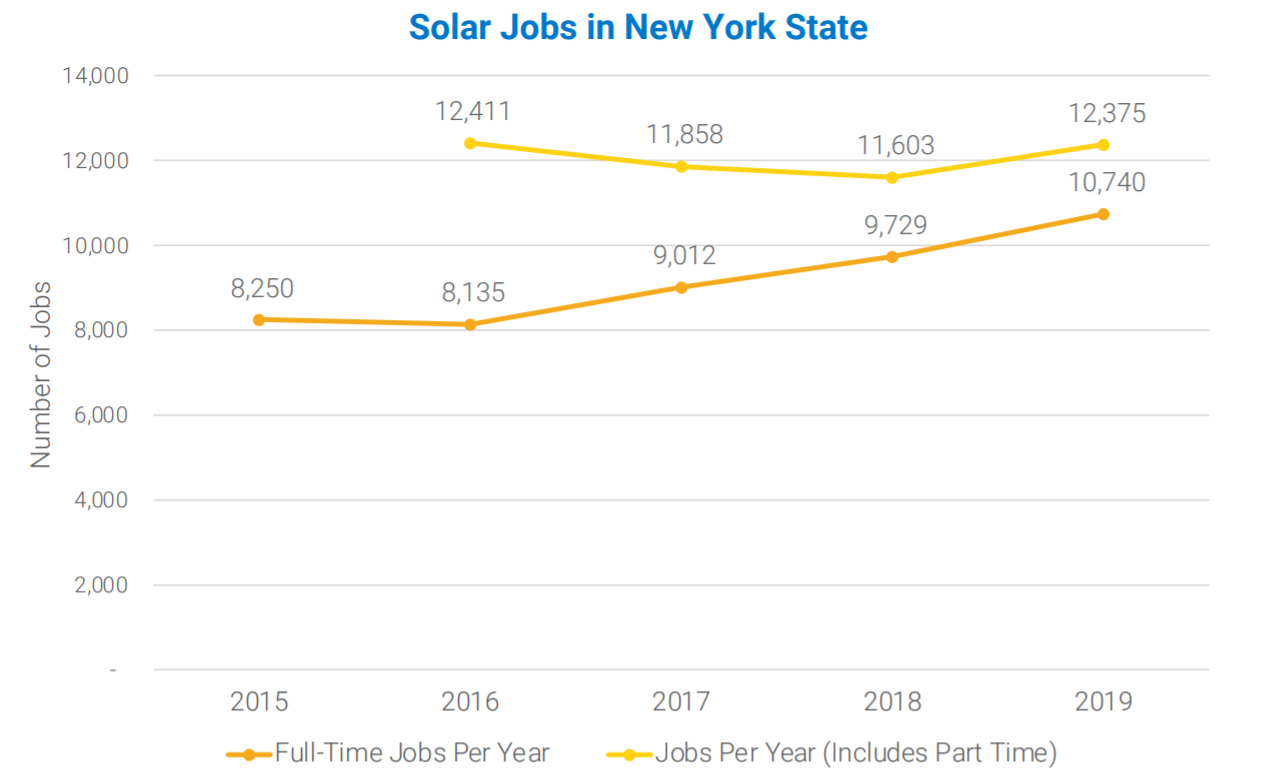 The Benefits of Distributed Solar

Distributed solar PV offers a wide range of benefits to New Yorkers. Below are some of the key benefits brought about by the increased deployment of solar PV projects.

These are just some of the most significant benefits of distributed solar PV in New York State, though there are many more.

Solar farm projects are another rapidly growing aspect of the New York solar industry, with many landowners leasing their land for solar PV projects and generating an additional revenue stream with the assistance of a solar developer. Though open to discussion with all New York landowners, YSG Solar is seeking suitable land in the following counties in particular:

If you’re based in any of the above counties, and you’ve got some vacant land, reach out to YSG Solar today and see how much you could earn from a solar land lease—just send us an email or call at 212.389.9215 to learn more.

All information in this article (including images and statistics) is from the presentation, ‘Future of New York Commercial/Industrial & Community Distributed Generation Solar Markets’, created by the New York State Energy Research and Development Authority (NYSERDA) and New York Department of Public Service (NY DPS).