In keeping with the rest of the country, Rhode Island solar has become increasingly economical due to technological innovation, financial incentives, and regulatory actions. Despite its small size, RI remains a competitive solar state thanks to its clear commitment to renewable energy, as demonstrated in its solar policy approach and wonderful incentives. Throughout the state, rooftop solar installations are the most popular type of solar system. In fact, it’s been suggested that rooftop solar installations could provide 23% of the electricity used on Rhode Island.

Government policy has also boosted solar deployment across Rhode Island, with a number of schools getting on board and installing solar panel arrays. Additionally, several state facilities have also installed their own solar systems. This visible support from Rhode Island government has undoubtedly encouraged residential and commercial property owners in the state to install panels on their own homes or businesses.

According to EnergySage, the average cost of a Rhode Island solar panel installation ranges from $12,622 to $17,078. Broken down to a cost per watt basis, this gives a $/W price range of $2.52 to $3.42. Additionally, the Rhode Island solar payback period averages at just under 8 years. There are numerous financing options available when it comes to solar, with many people purchasing the panels outright, and others preferring to enter into a solar lease or power purchase agreement (PPA). An established solar installer like YSG will help to determine the most economical option for you.

Rhode Island Solar: By The Numbers

The figures below, courtesy of the Solar Energy Industries Association (SEIA), detail the growth of Rhode Island solar and how it compares with the rest of the United States.

The graphic below, also from SEIA, shows the huge growth of Rhode Island solar over the past ten years.

A number of excellent financial incentives & rebates have been huge contributors to the growth of RI solar in recent years. We’ve outlined the key Rhode Island solar incentives below.

One of the biggest factors behind the increase in solar panel installations across Rhode Island is the federal investment tax credit (ITC), which has encouraged both homeowners and businesses to go solar since its enactment in 2006. This incentive, which is currently at 26% and will unfortunately decrease to 22% from January 1, 2021, has been a driving force for solar uptake across the country, and Rhode Island is no different. Currently, the ITC allows you to offset 26% of the cost of your solar system. Learn more about the solar ITC here.

Although no state rebate is currently available to Rhode Island solar customers, certain panel manufacturers like LG offer their own rebate. Currently, LG offers a $600 rebate on their solar equipment. These manufacturer rebates are generally time sensitive and a developer like YSG Solar will help you to claim the rebate before it expires.

As part of its Renewable Energy Growth Program, National Grid offers a performance based incentive (PBI) payment split between a bill credit and a cash payment each month. In 2020, this PBI payment is between 25 cents and 29 cents per kilowatt hour (kWh). Learn more about this PBI payment here.

If you are not participating in the National Grid PBI program, you can decide to take a solar grant from the Rhode Island Renewable Energy Fund instead. In 2020, this grant amount is $850 per kW of installed solar, applicable up to a maximum of $7,000. 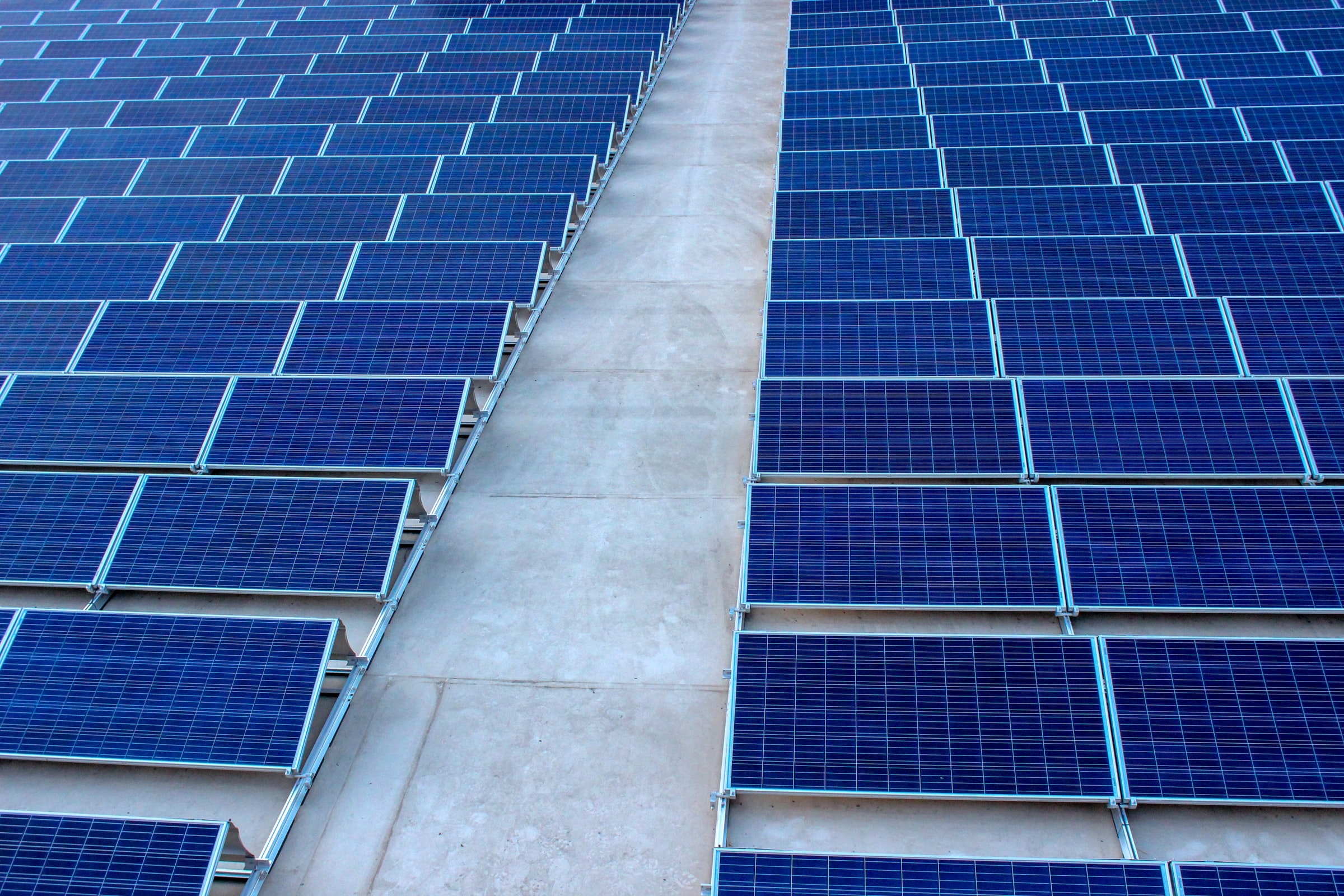 As well as the popular rooftop residential installations, the school solar systems, and the panels on state buildings, there are a number of other notable projects throughout the state of Rhode Island.

A solar farm land lease is a straightforward way for Rhode Island landowners to generate an additional revenue stream from their unused/vacant land. Working with a developer like YSG Solar, you can lease your land for the construction & hosting of a solar farm, receiving consistent, agreed-upon rental payments for the duration of the land lease agreement. These agreements are generally in the 25-year range, meaning that a solar farm could provide you and your family with a consistent, predictable income source for decades.

As you can see from the map below, courtesy of the USDA’s 2020 report on agricultural land prices, there is huge demand for Rhode Island land and this is reflected in its valuation, which is among the highest in the entire United States. Though there are many factors in determining Rhode Island solar land lease rates, the value of Rhode Island land, as highlighted in the USDA report, certainly indicates that landowners can expect high solar farm lease rates in RI. In 2020, the USDA puts RI farm real estate value at $16,000 per acre, a 2.6% increase from 2019 and the highest figure in the entire country. On both a per-acre and a per-megawatt basis, Rhode Island landowners can expect to command some of the most competitive solar farm land lease rates in the United States. 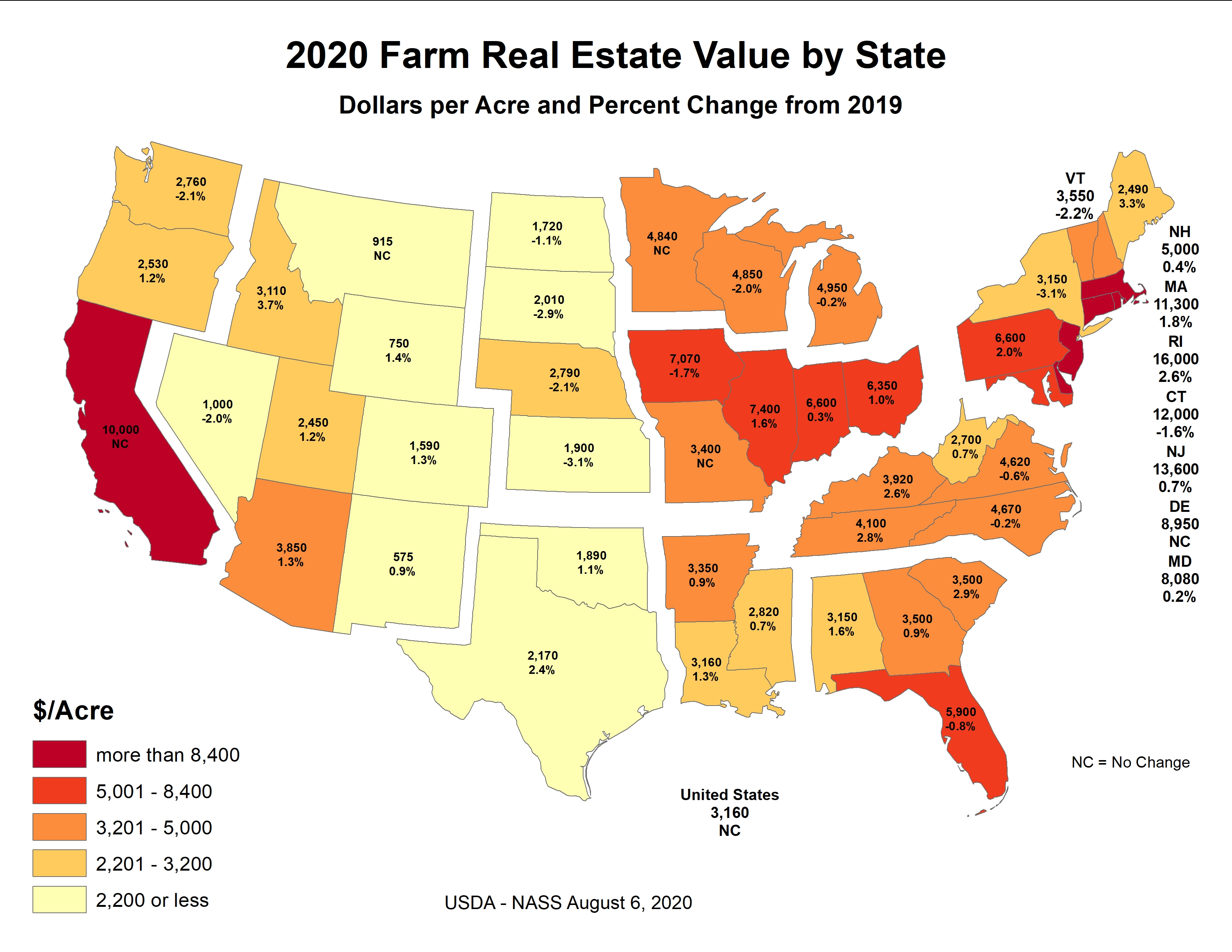 Some of the biggest counties in Rhode Island are prime locations for solar farms & solar land leases, including:

Cities and towns throughout Rhode Island are beginning to see the benefits of leasing land for a solar farm. Some of the most popular Rhode Island solar farm locations include:

Looking for a Rhode Island solar installer? Look no further. YSG Solar has been operating in the solar industry for over ten years and will ensure the greatest return on your investment and the biggest savings on your utility bills. Whether you want to install rooftop solar panels, or lease your land for a solar farm, YSG can help. Send us an email or call at 212.389.9215 to get started.